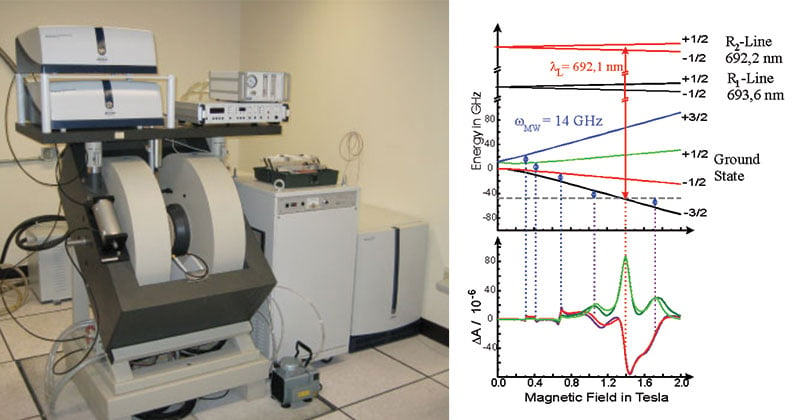 The phenomenon of electron spin resonance (ESR) is based on the fact that an electron is a charged particle. It spins around its axis and this causes it to act like a tiny bar magnet. When a molecule or compound with an unpaired electron is placed in a strong magnetic field The spin of the unpaired electron can align in two different ways creating two spin states ms = ± ½.

The two alignments have different energies and this difference in energy lifts the degeneracy of the electron spin states. The energy difference is given by:

v = the frequency of radiation

g = the g-factor which is a unit less measurement of the intrinsic magnetic moment of the electron, and its value for a free electron is 2.0023.

An unpaired electron can move between the two energy levels by either absorbing or emitting a photon of energy {\displaystyle h\nu } hv such that the resonance condition, hv = ∆ E, is obeyed. This leads to the fundamental equation of EPR spectroscopy.