DNA polymerases are a group of enzymes that are used to make copies of DNA templates, essentially used in DNA replication mechanisms. These enzymes make new copies of DNA from existing templates and also function by repairing the synthesized DNA to prevent mutations. DNA polymerase catalyzes the formation of the phosphodiester bond which makes up the backbone of DNA molecules. It uses a magnesium ion in catalytic activity to balance the charge from the phosphate group.

What are DNA polymerases? 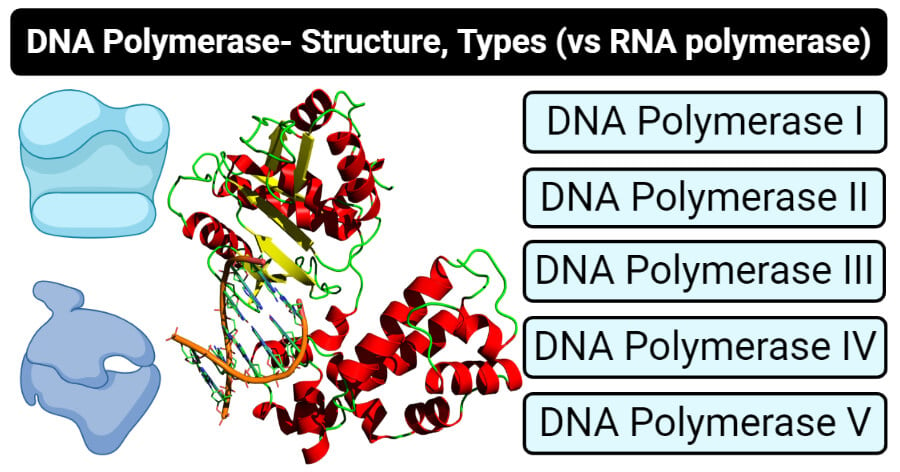 Structure of Family A

Structure of Family B

The mechanism of DNA polymerase is referred to as a two metal ion mechanism i.e two metal ions act as active sites for stabilizing the transmission of replication. The first metal ion acts by activating the hydroxyl group which attacks the phosphate group of the dNTP and the second metal ion stabilizes the negative charges and builds on the left oxygen and chelating phosphate groups.