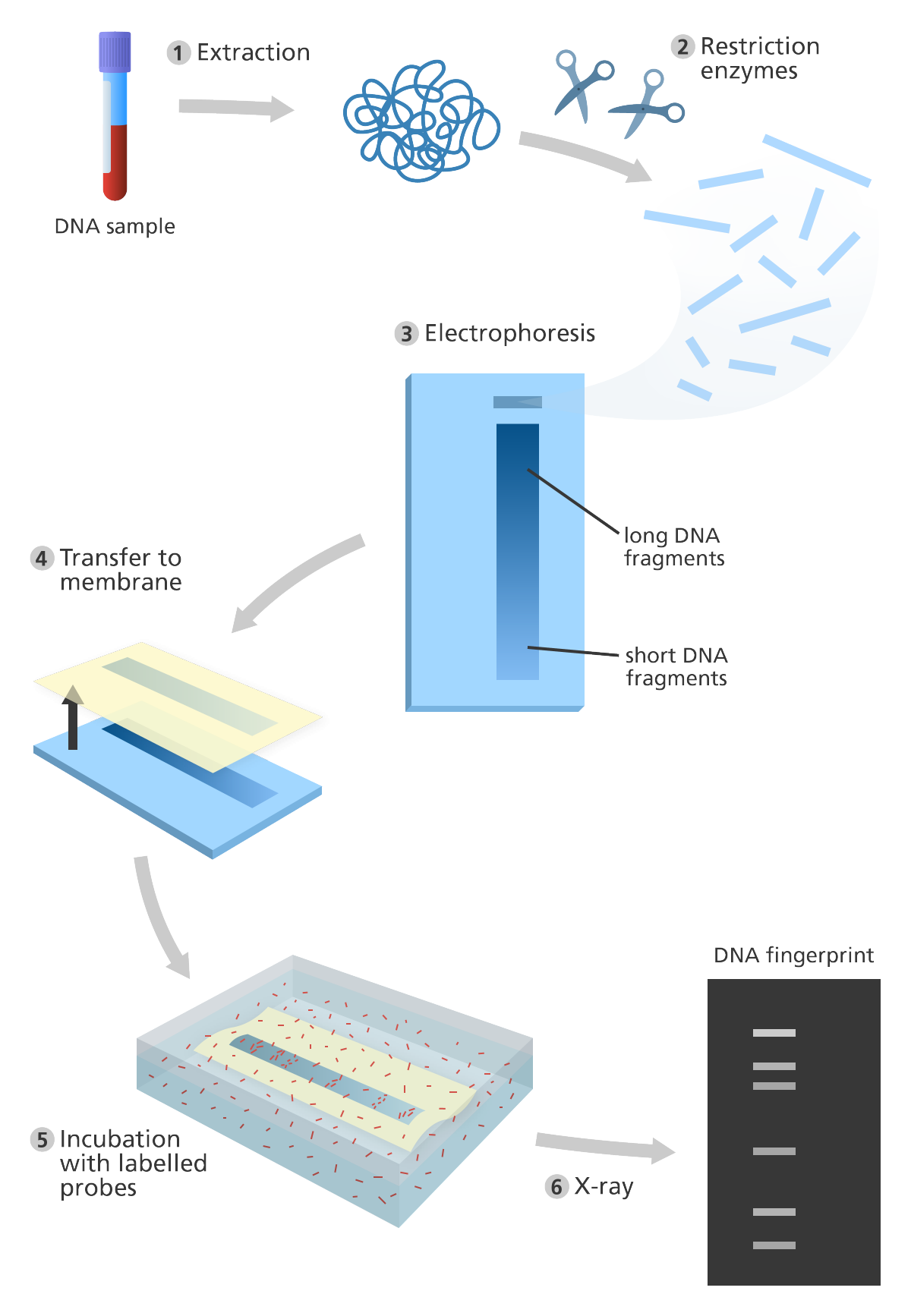 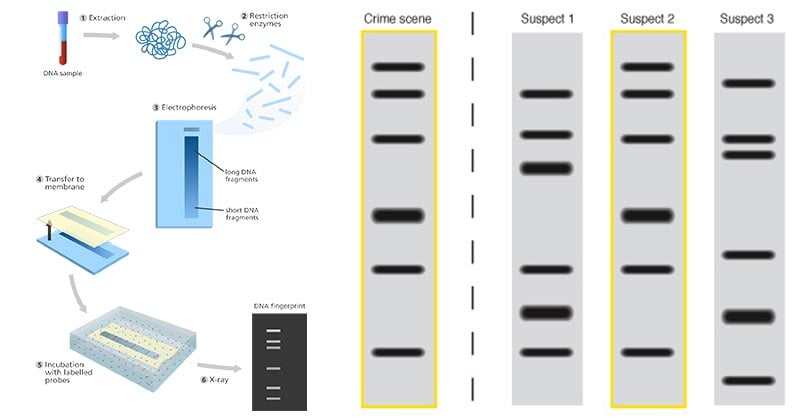 The RFLP is considered to be more accurate than the PCR, mainly because the size of the sample used more, use of a fresh DNA sample, and no amplification contamination.

The RFLP, however, require longer time period to complete the analysis and is costly.

Biological materials used for DNA profiling are: Blood, Hair, Saliva, Semen, Body tissue cells etc. DNA isolated from the evidence sample can be compared through VNTR (Variable number of tandem repeats) prototype. It is useful in solving crimes like murder and rape.

A Person accedes to his or her VNTRs from his or her parents. Parent-child VNTR prototype analysis has been used to solve disputed cases. This information can also be used in inheritance cases, immigration cases.

It utilizes the concept of using DNA fingerprints as a sort of genetic bar code to pinpoint individuals.

It is also useful in diagnosing inherited disorders in both prenatal and newborn babies. These disorders may include cystic fibrosis, hemophilia, Huntington’s disease, familial Alzheimer’s, sickle cell anemia, thalassemia, and many others.

By studying the DNA fingerprints of relatives who have a history of some particular disorder, DNA prototypes associated with the disease can be ascertained.

By comparing the band of HIV “RNA” (converted to DNA using RTPCR) with the bands form by the man’s blood, person suffering with AIDS can be identified.

Breeders conventionally use the phenotype to evaluate the genotype of a plant or an animal.As it is difficult to make out homozygous or heterozygous dominance from appearance, the DNA fingerprinting allows a fastidious and precise determination of genotype. It is basically useful in breeding race horses and hunting dogs.