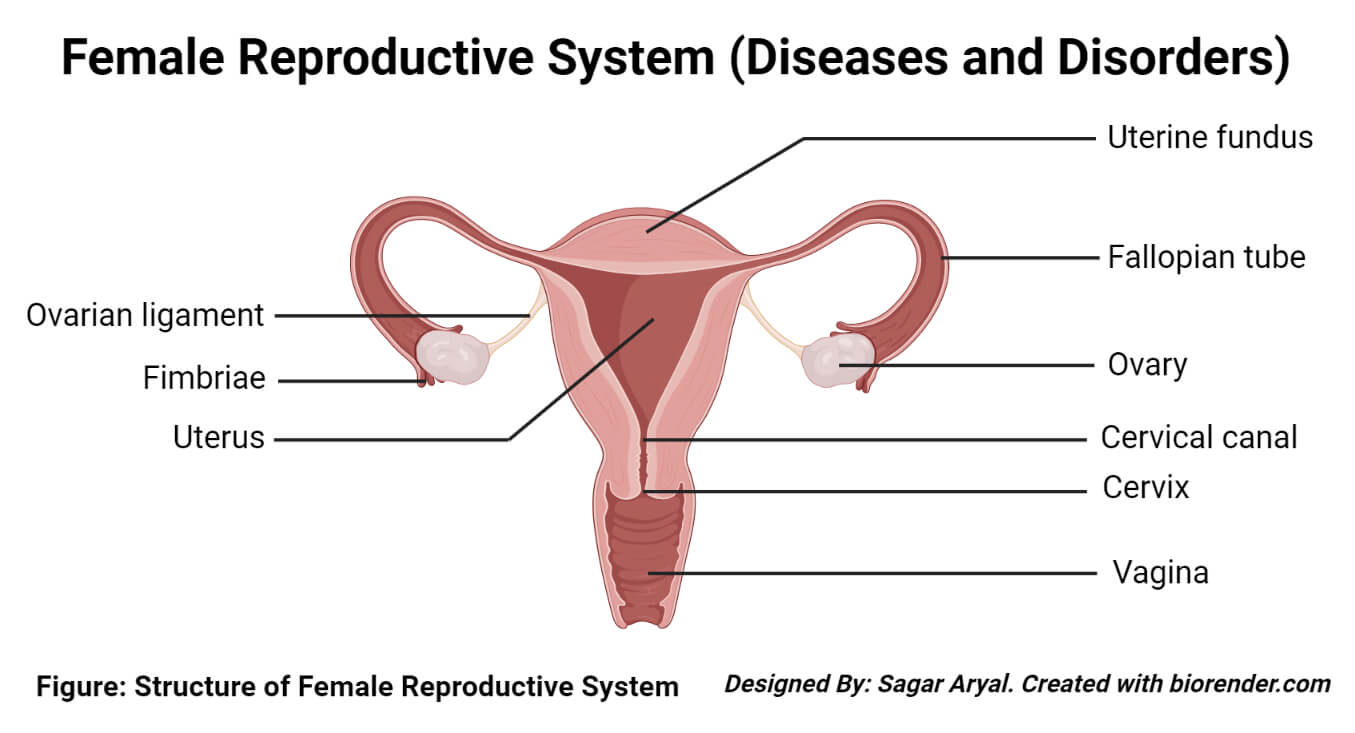 The common diseases and disorders associated with the female reproductive system are explained with respect to their organs as follows:

Gynecologic cancer refers to cancer that originates at any part of the female reproductive system. This group of cancer is widespread among women throughout the world. It consists of five different types of cancer that occur in various organs within the system. Each of these cancers has its distinct signs and symptoms.

Disorder of the Uterus

Disorders of the uterine tube

Disorder of the ovary