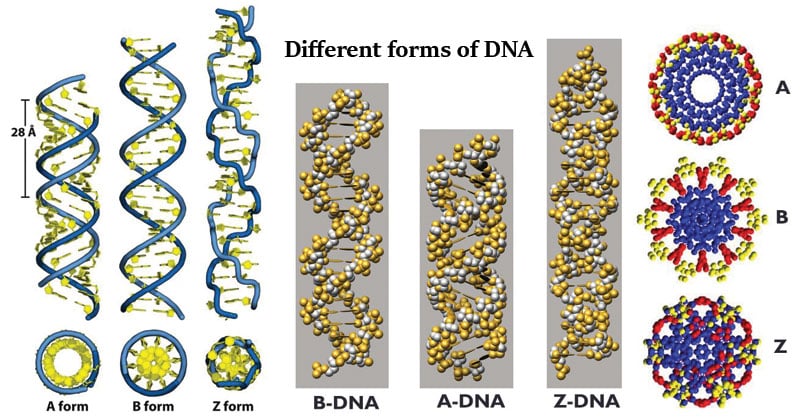 Why do different forms of DNA exist?

The Different Forms of DNA

Other rare forms of DNA

6 thoughts on “Different forms of DNA- A form, B form, Z form”