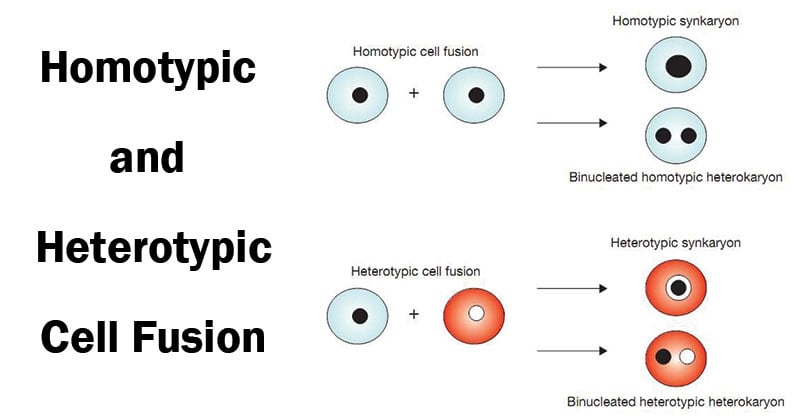 There are two different types of cell fusion that can occur. These two types include homotypic and heterotypic cell fusion.