This medium contains esculin, ferric citrate to provide ferric ions, and 4% oxbile to inhibit most other strains of non-group D streptococci. Peptic digest of animal tissue and beef extract serve as the source of carbon, nitrogen and essential growth factors. Bile salts inhibit the accompanying gram-positive bacteria. Bile salts are the selective ingredient, while esculin is the differential component.

Esculin is hydrolyzed by group D streptococci and other esculin positive organism to form dextrose and esculetin. This compound reacts with the ferric ions contained within the medium, turning the medium from its original amber color to a dark brown to black.

Thus the tolerance to the presence of bile and the hydrolysis of esculin provide the means to presumptively identify specific organisms including group D streptococci.

Preparation of Use of Bile Esculin Agar 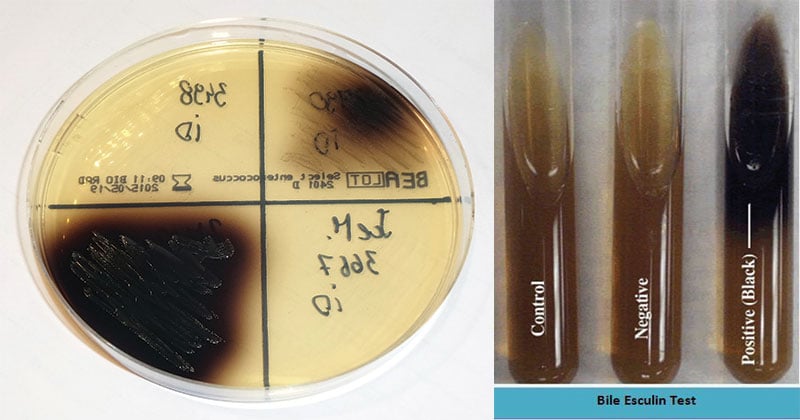 Esculin hydrolysis by an organism is indicated by a blackening of the media around the colonies.