When a broth culture is inoculated with a small bacterial inoculum, the population size of the bacteria increases showing a classical pattern. When plotted on a graph, a distinct curve is obtained referred to as the bacterial growth curve. 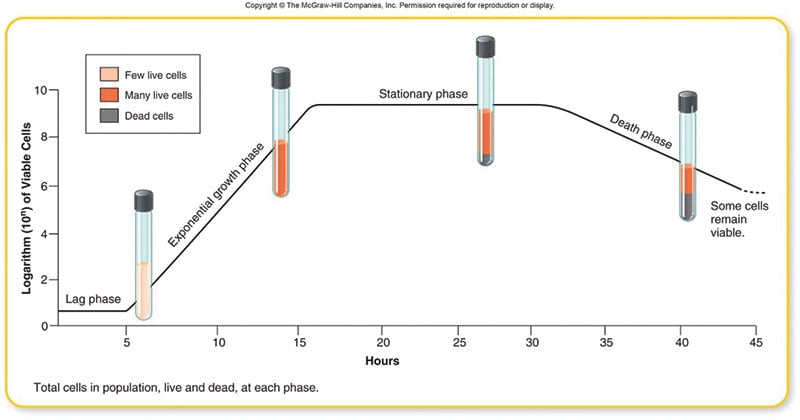 (a) accumulation of toxic products and autolytic enzymes and

(b) exhaustion of nutrients.

Significance of the Bacterial Growth Curve