What is Acetate Utilization Test?

The acetate utilization test is one of the biochemical tests performed for the identification of aerobic organisms by evaluating their ability to utilize acetate present in the growth media.

Media and Reagent used for of Acetate Utilization Test

Acetate agar is also available commercially and might have a different composition. 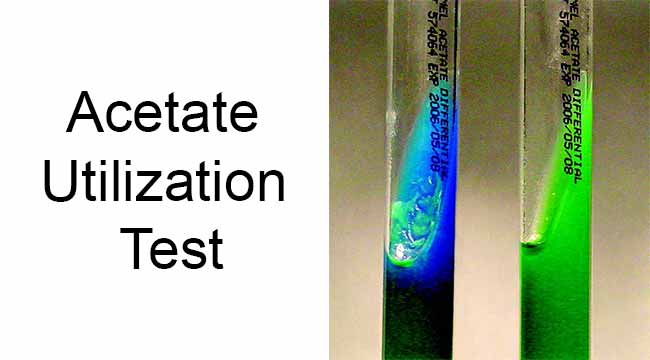