What is 3D Bioprinting?

3D Bioprinting is the method of printing biomedical structures with the use of viable cells, biological molecules, and biomaterials. 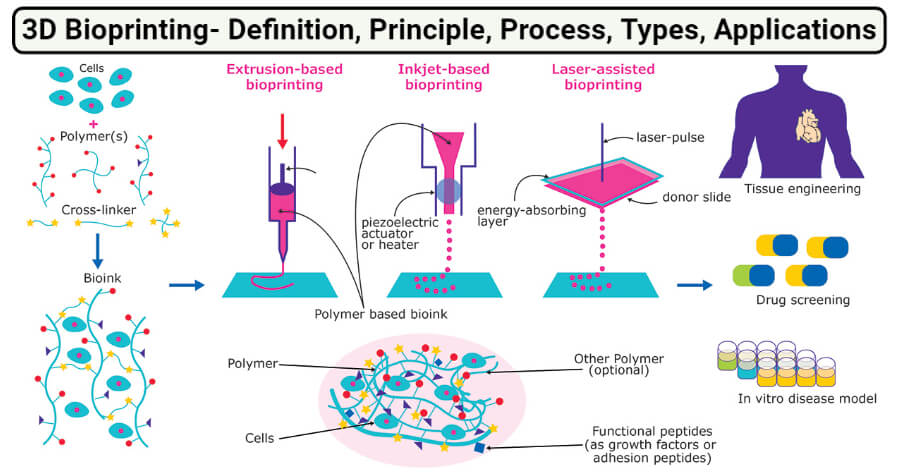 Bioinks are biological materials used in the manufacture of engineered live tissues by the process of 3D bioprinting. 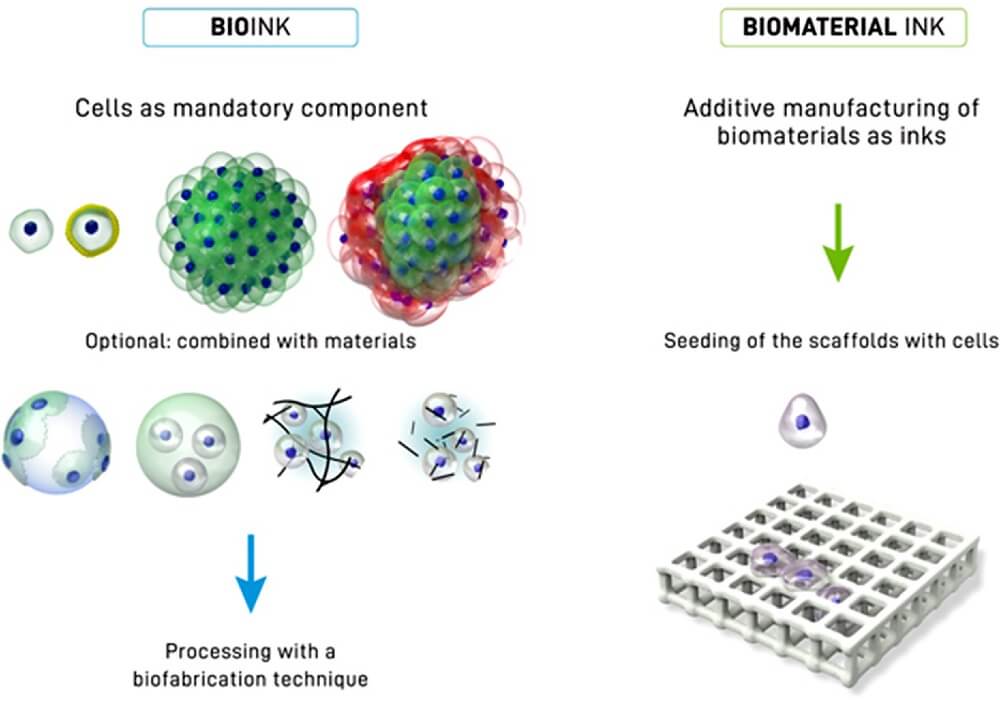 Figure: Distinction between a bioink (left side) and a biomaterial ink (right side). In a bioink, cells are a mandatory component of the printing formulation in the form of single cells, coated cells or cell aggregates (of one or several cell types), or also in combination with materials (for example seeded onto microcarriers, embedded in microgels, formulated in a physical hydrogel, or formulated with hydrogel precursors). In the case of biomaterial ink, in principle any biomaterial can be used for printing and cell-seeding occurs post-fabrication. Image Source: https://doi.org/10.1016/j.actbio.2020.06.040.

The bioinks used in the bioprinting process should have the following properties:

The principle of 3D printing is based on the precise placement of biological components, biochemicals, and living cells in a layer-by-layer fashion with the spatial control of the placement of functional constituents onto the fabricated 3D structure. The process of 3D bioprinting is based on three distinct approaches; biomimicry or biomimetics, autonomous self-assembly, and mini-tissue building blocks. 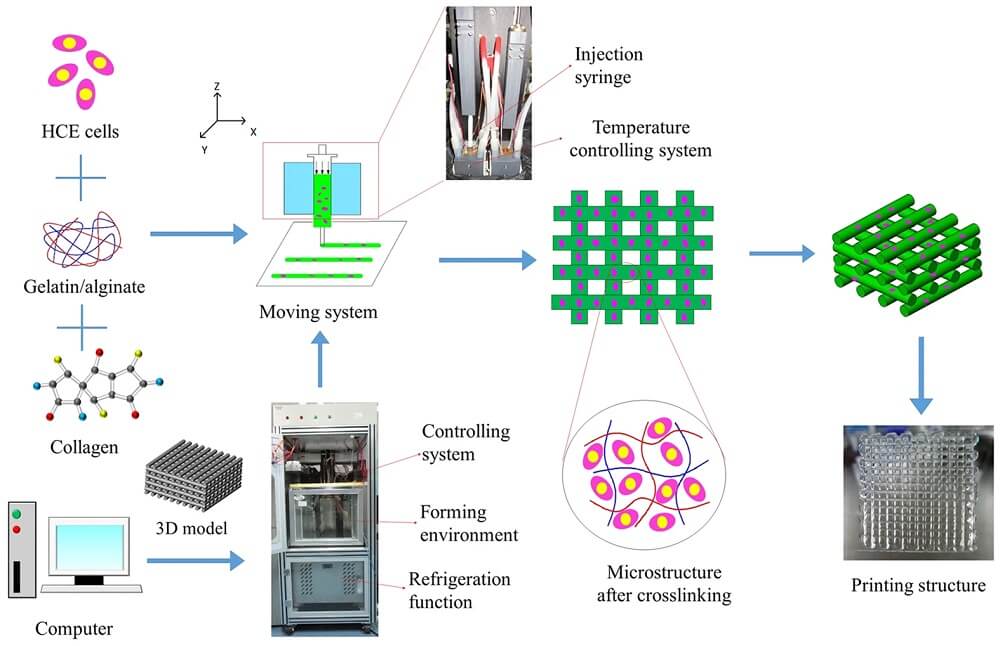 Figure: Schematic illustration of the 3D bioprinting process and optical images of the printing set up and printing constructs. Image Source: Springer Nature. 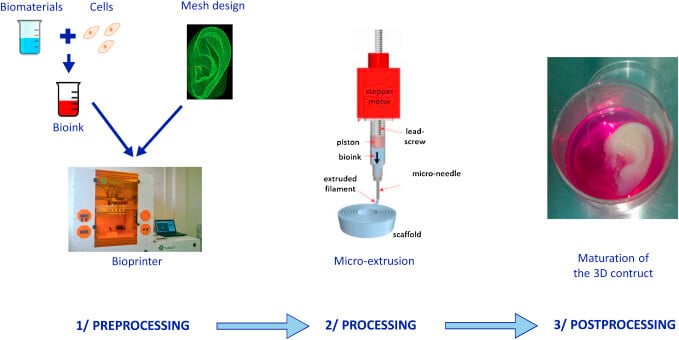 Principle of Extrusion based bioprinting

Examples of Extrusion based bioprinting

Bioprinters or 3D bioprinters are automated devices for the additive fabrication of 3D functional tissues and organs based on the digital models that are created via various scans using biomaterials. 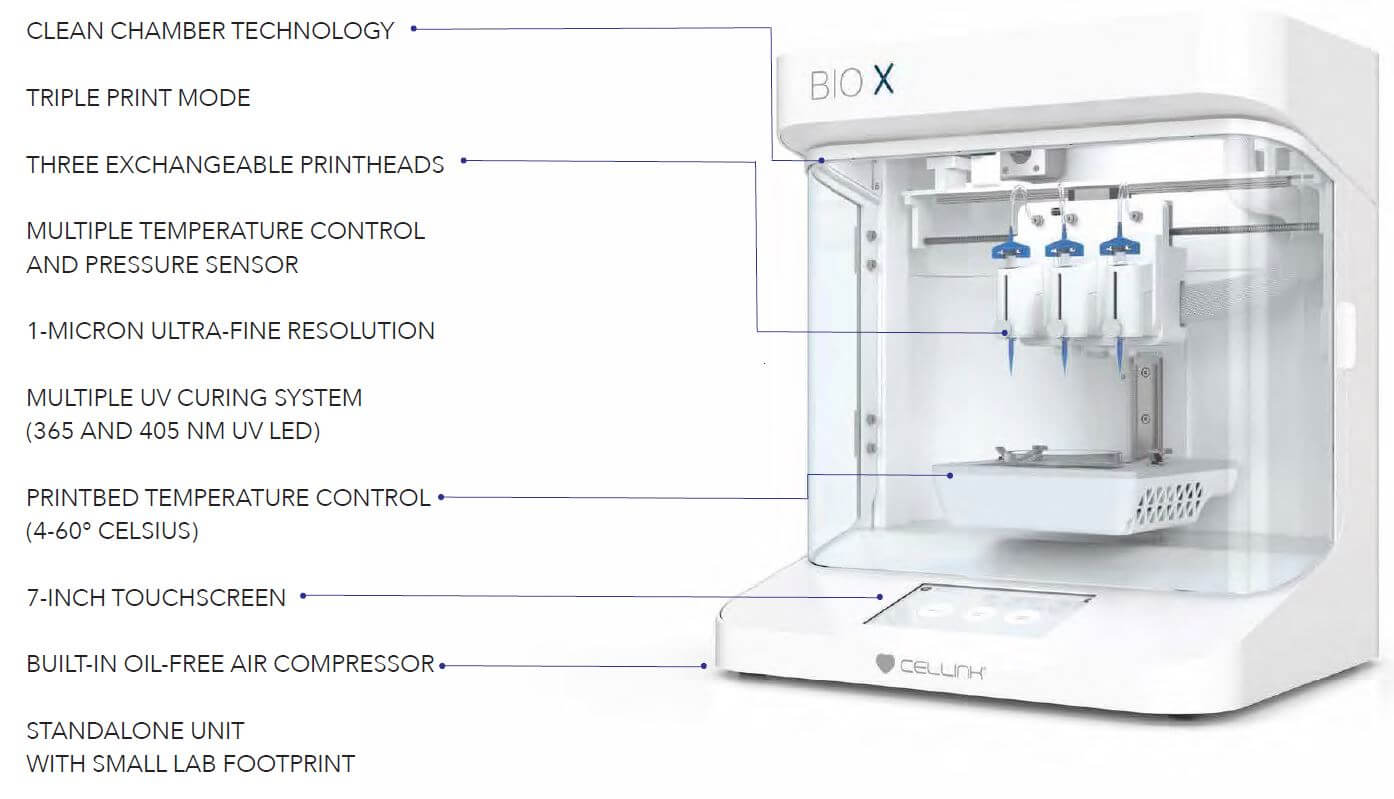 Anatomically, the following are different parts of bioprinters;

How do Bioprinter works?

Some of the common examples of tissues that have been bioprinted for various purposes:

b. Bone and cartilage