What are the Romanowsky Stains?

Romanowsky Stains are the stains that are used in hematology and cytological studies, to differentiate cells in microscopic examinations of blood and bone marrow samples. These stains are also applied to detect the presence of parasites in the blood such as malaria parasites. There are various Romanowsky staining types that apply the same principle. They include:

The complex of these stains was coined after Dmitri Leonidovich Romanowsky, a Russian Physician who first identified the importance of using blood samples to make and identify effects using blood staining methodologies. 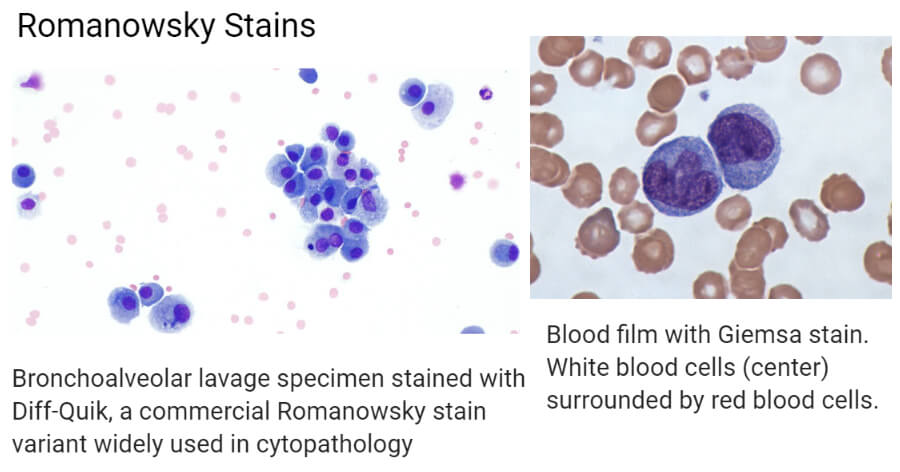