Cytoplasm of cells of the liver, adrenal cortex, and lactating mammary glands.  In plants, most steps take place in plastids.

There are two distinct phases in the pathway. The first is the oxidative phase, in which NADPH is generated, and the second is the non-oxidative synthesis of 5-carbon sugars.

Reactions of the pentose phosphate pathway 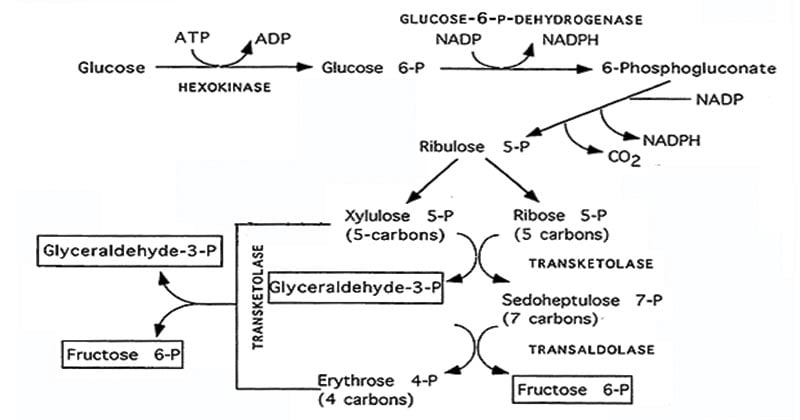 Generates two NADPH, which can then be used in fatty acid synthesis and cholesterol synthesis and for maintaining reduced glutathione inside RBCs.