Hemes are cyclic tetrapyrroles that contain iron and are commonly found as the prosthetic group of hemoglobin, myoglobin and the cytochromes.

Heme synthesis takes place in the cytosol and mitochondria of cells of the liver and bone marrow.

Overview of the Pathway 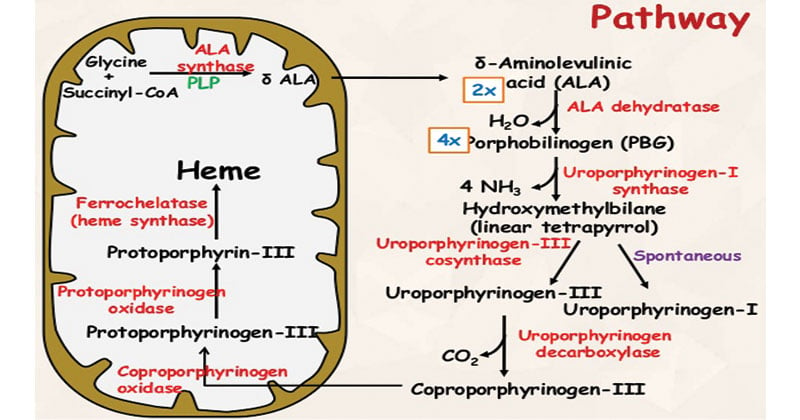 ALA synthase, the primary regulating enzyme of heme synthesis, is inhibited by high levels of hemin (a heme derivative).