What are Gram-negative bacteria?

These are bacteria that define the opposite of the gram-positive bacteria in relation to the differential staining technique.  During gram staining, the gram-negative bacteria will lose the crystal violet dye color after a wash with alcohol and take up the pink/red color of the counterstain, safranin.

Gram-negative bacteria are found in a wide range of environments especially those that have life, ranging from normal flora such as Escherichia coli to pathogenic bacteria such as Klebsiella pneumoniae, Chlamydia trichomatis. 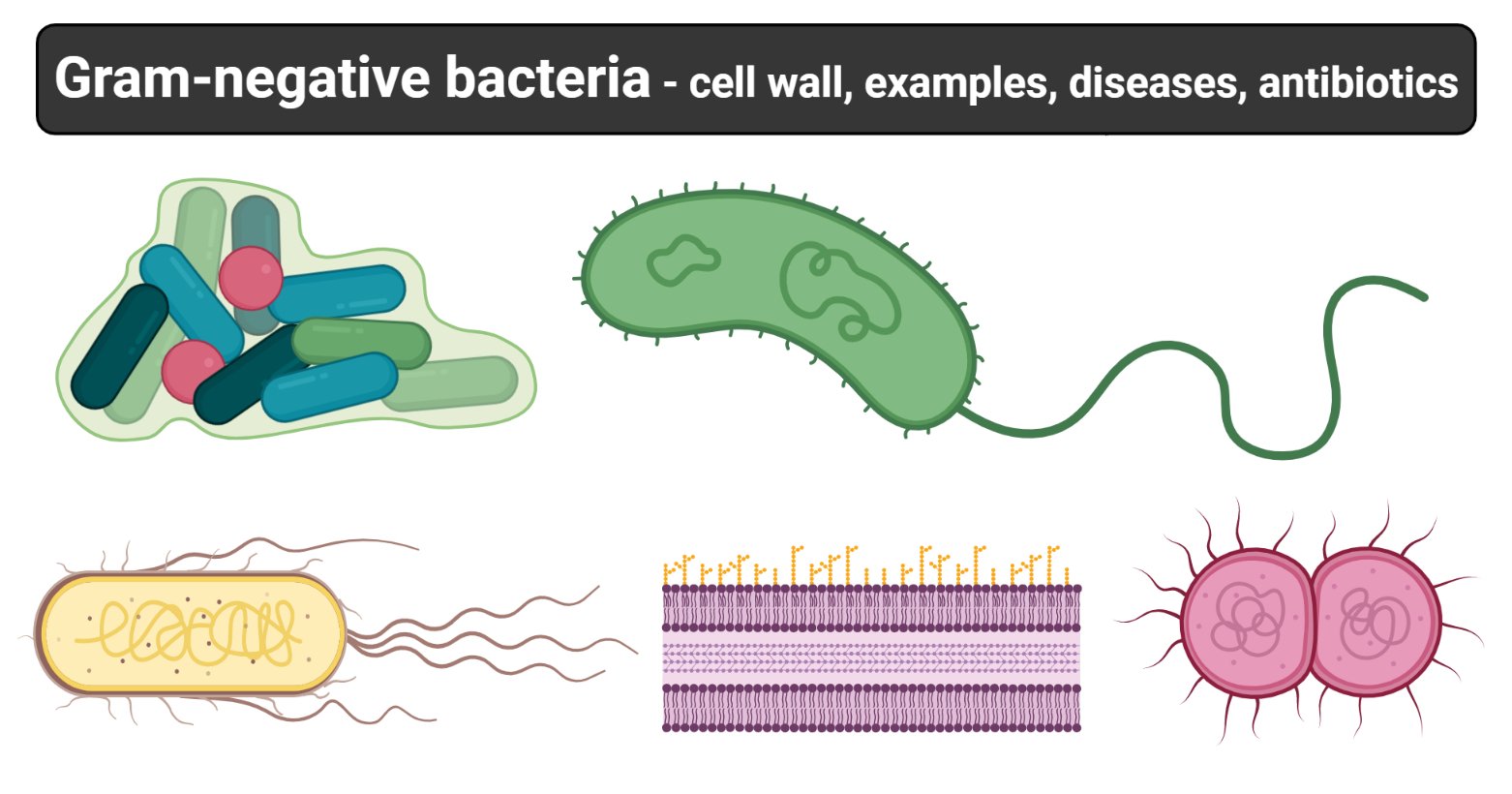 Microscopic observation of Gram-negative bacteria cells ranges from rods to bacillus, to cocci to spiral shapes which are the most commonly known shapes. However some exhibit special shapes such as coccobacillus, tetrads, palisades, trichomes, etc.

The Cell wall of the Gram-Negative Bacteria is very complex as compared to that of Gram-Positive Bacteria. Combined with the major role of the outer membrane of the cell, with a layer of peptidoglycan, its functional properties are complex, and here is a description of the cell wall and its functional parts.

The Outer Membrane and the Lipopolysaccharides

Gram-negative bacteria list and their pathologies and clinical significance