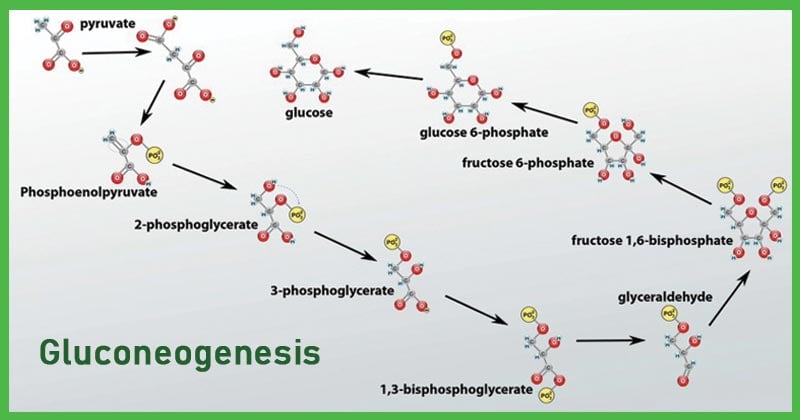 Liver, kidney, and intestine; not in skeletal muscle. The first reaction (catalyzed by pyruvate carboxylase) takes place in the mitochondria, whereas the rest of the reactions occur in the cytosol.

In the liver, pyruvate is converted to phosphoenolpyruvate.

Thus, the net requirements to make one glucose molecule are:

Deficiency in any of the gluconeogenic enzymes leads to hypoglycemia. Failure of gluconeogenesis may be fatal.