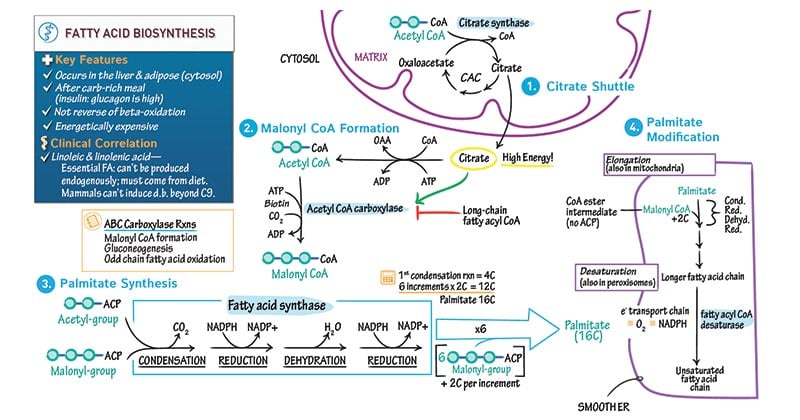 Fatty acid synthesis takes place in the cytosol and is carried out by a multienzyme complex called FAS (fatty acid synthase complex).

Substrates (to make one palmitate): 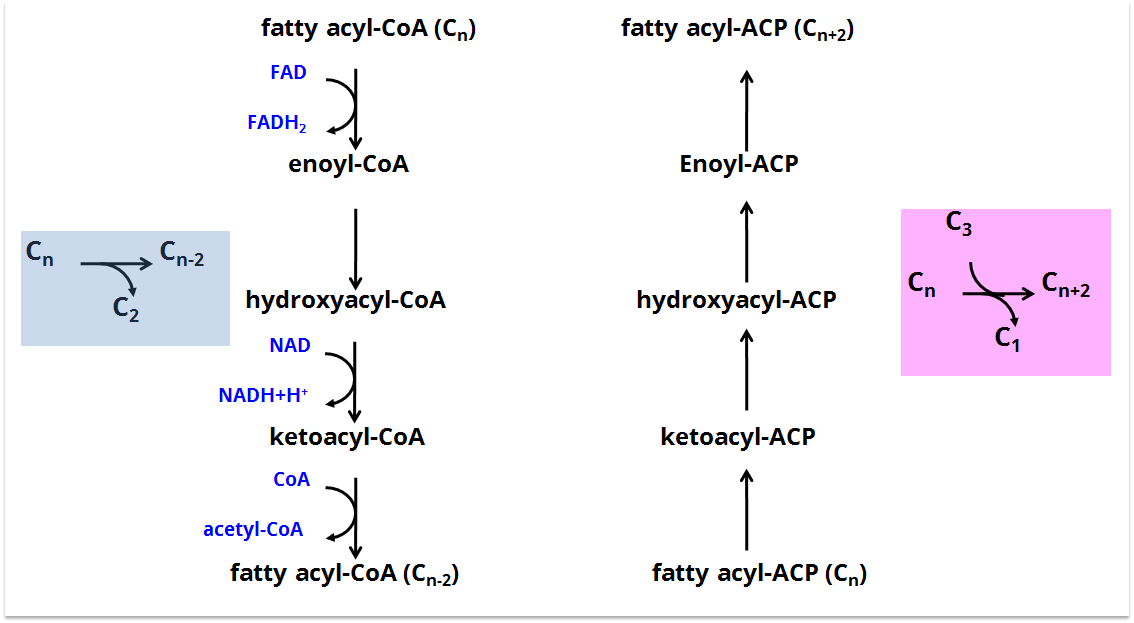