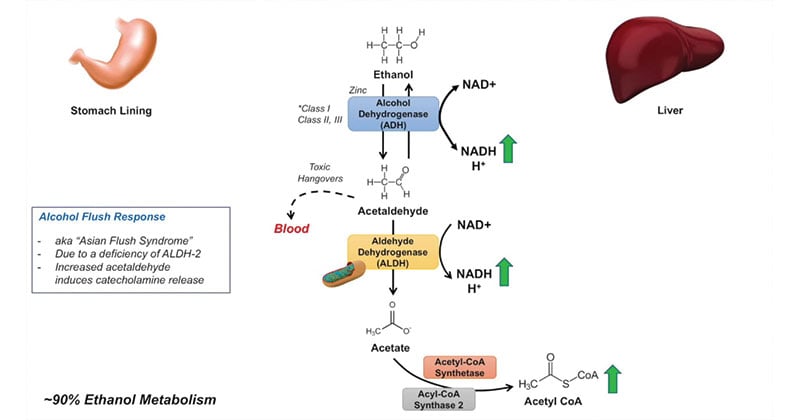 Cells of the kidney and liver. Greater than 80% of the absorbed ethanol is metabolized in the liver.

The other route of metabolism is through the liver microsomal ethanol oxidizing system (MEOS), which requires a cytochrome P450–containing enzyme.

Acetaldehyde dehydrogenase: Requires NAD + to function; inhibited by disulfiram, which has been marketed as a drug to treat alcoholism.