Vitamins refer to any of a group of organic compounds which are essential for normal growth and nutrition and are required in small quantities in the diet. Vitamins are biologically … Read more 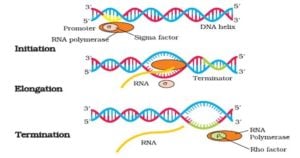 Transcription is the process by which the information in a strand of DNA is copied into a new molecule of messenger RNA (mRNA). In prokaryotic organisms transcription occurs in three phases … Read more 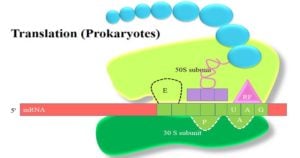 Translation involves translating the sequence of a messenger RNA (mRNA) molecule to a sequence of amino acids during protein synthesis. It is the process in which ribosomes in the cytoplasm or ER synthesize proteins after the process of transcription of DNA to RNA. … Read more 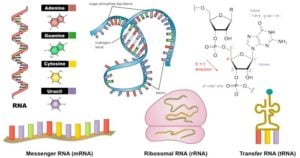 RNA or ribonucleic acid is a polymer of nucleotides which is made up of a ribose sugar, a phosphate, and bases such as adenine, guanine, cytosine, and uracil. It is … Read more 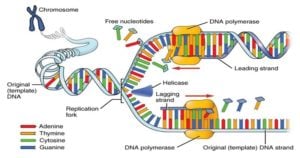 DNA replication is the process by which an organism duplicates its DNA into another copy that is passed on to daughter cells. Replication occurs before a cell divides to ensure that … Read more 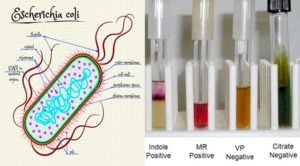 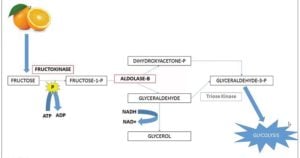 Fructose is an abundant sugar in the human diet. This dietary monosaccharide is present naturally in fruits and vegetables, either as free fructose or as part of the disaccharide sucrose, and as its polymer inulin. Sucrose (table sugar) … Read more 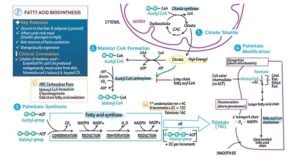 Lipogenesis, the synthesis of fatty acids and their esterification to glycerol to form triacylglycerols, which occurs mainly in the liver in humans, with dietary carbohydrate as the major source of … Read more 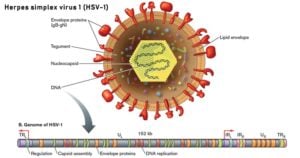 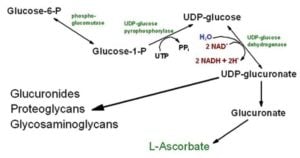 Uronic acids are a class of sugar acids with both carbonyl and carboxylic acid functional groups. They are sugars in which the terminal carbon’s hydroxyl group has been oxidized to a carboxylic acid. Oxidation of the terminal aldehyde instead … Read more