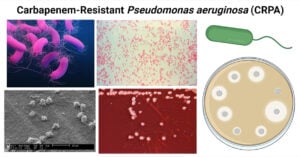 Pseudomonas is a genus of aerobic, anaerobic, or facultatively anaerobic, rod-shaped, Gram-negative Gammaproteobacteria in the family Pseudomonadaceae of the phylum Pseudomonadota. It includes 191 well-characterized species occupying a wide range … Read more 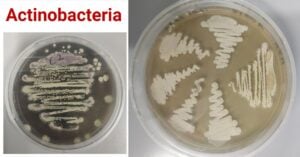 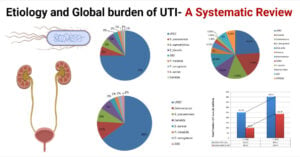 Abstract Urinary tract infection (UTI) is an infection of the urinary system. Bacterial UTI is the most prevalent bacterial infection, resulting in more than 400 million cases yearly. There is … Read more 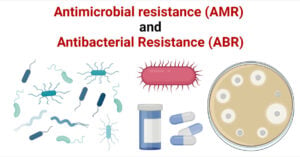 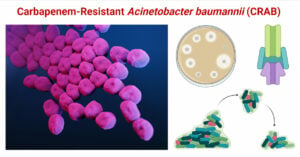 Carbapenem-Resistant Acinetobacter baumannii (CRAB) is a group of A. baumannii which have developed resistance against the carbapenems. Acinetobacter is a genus of aerobic, glucose non-fermentative, rod-shaped (more precisely, cocco-bacilli), Gram-negative … Read more 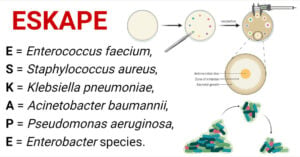 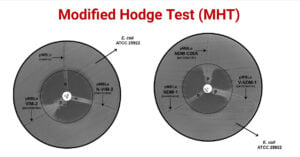 Modified Hodge Test (MHT) is a phenotypic method for detecting carbapenemase production by isolated pathogens in clinical laboratories. It is a reliable method to confirm that the carbapenem resistance in … Read more 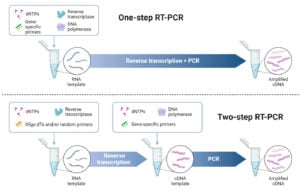 Polymerase chain reaction (PCR) is a temperature-dependent nucleic acid amplification technique used to amplify the DNA or RNA in vitro enzymatically. Developed by Kary Mullis and his associates at mid … Read more 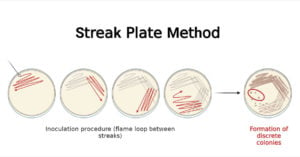 Streak literally means “a long, thin line”: and the streak plate method is a microbiological culture technique where a sample is spread in a petri dish in the form of … Read more 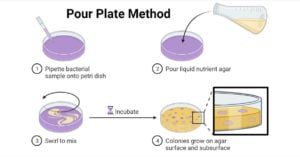 The pour Plate Method technique was established in the laboratory of Robert Koch and is still being used widely since his period. This method is suitable for facultative, Microaerophilic, and … Read more